So here’s a topic we have been hearing and seeing a lot more about these days, and one that I have been contemplating revealing or not revealing. After much consideration and the good I hope comes from it, I have decided to confess my struggle with anxiety.”Anxiety is an emotion characterized by an unpleasant state of inner turmoil, often accompanied by nervous behavior, such as pacing back and forth, somatic complaints, and rumination.”

I’m sure you all know what anxiety is, I just wanted to sound smart..Unfortunately anxiety is a disease I have been struggling with for the past 10 or so years. Not only until several months ago, with the help of my Dr. did I finally realize that it was slowly consuming my life, and that I needed more help than I could offer myself. After a hard swallow, I decided that, it was okay to feel that way, and that it was time to take more of a focused effort on controlling the problem. I’m not saying that the daily struggles of people’s every day lives are not considered anxiety, and I am not down-playing your emotions what-so-ever, but I want to share with you my experience of anxiety and its effect, cause and hold on my life.

I am not going to go all the way back to when it started because I was young and that high school shit show is a hard time in life anyway, but I will take you back to when I got hired at my first job, and 9 months in I was promoted. I know that sounds like a GOOD thing, and it was..it was great! I handled it very well, and I loved what I did, where I did it, and I loved the people I worked with… That’s why this was so hard to understand for me when the attacks first started happening. I have always been a very easily frazzled person, as in if I stub my toe first thing out of bed my whole day was sure as shit going to fall apart and just suck… Once I felt the slightest notion of unhappiness or insecurity, I panicked, and I panicked hard. I can’t even remember what all was going wrong that day, but I just remember being in my spa room setting up for the day when all of the sudden I felt like I was literally having a heart attack. I was 20.
I remember feeling the tightness in my chest, and then it traveling throughout my whole body, I was paralyzed. I couldn’t breathe, I couldn’t move, I couldn’t talk. I could hear my own thoughts but my body was literally shutting down. The pain felt like it was coming in waves starting from my chest, down my back into my arms and landing like led in my feet. After what felt like an hour, I was able to move to the door, but freaked out when I saw my boss and I did the stupidest thing in the world… I locked myself in my room. I panicked because I thought if she thought this was over my job and my responsibilities at work , I would surely lose my position and I couldn’t because I loved it so much. SO i did the only thing I could think of and I locked the door, put my back against the wall and slid down to the floor where I sat gasping for air….Literally, I was breathing like I was in Lamaze class, and my eyes started to go blurry and then the sweat started.. I was terrified. I didn’t know what I was supposed to do, or how long this was going to last or if I was even going to be OK. After a while, my boss and some co workers came to the door to check on me because normally I was up all over the place getting the spa ready for the day. When they knocked, my adrenaline must have kicked in because I let out a weird groan and they immediately knew something was wrong. Somehow, after them coaxing me for a couple minutes I managed to unlock the door where I fell into the arms of my boss and just cried the hardest cry I have ever felt before. I was shaking, I was sweating profusely and I couldn’t even gather my thoughts to even tell them what was happening.. but they already knew. Once the attack was over, they explained to me what I had just gone through was an anxiety attack. At first I couldn’t believe that was it because I was in such a happy place in my life, and things were going the best they ever had been in years…Come to find out from my Doc, that’s when it happens. When your body is finally at a state of peace, but you have unhealthily dealt with heavy emotions for so long, they become released at once, and your body just can’t handle it. That is why this disease is a disease of the mind, body and soul.

After that and some heart to hearts with good friends and my Dr. I realized that maybe it would be best for me to at least try a low dose medication to help regulate the imbalances in my body. I finally felt some relief.. I finally felt calm. I felt free.

After a few years, I decided it was time for me to try it on my own, after-all I felt like in my head 1. I didn’t want to be on meds while pregnant and 2. I wanted to see if some lifestyle changes could help me do it on my own.

Since the days of the easy access to the internet, the ease of texting, and the mind-staking social media outlets, I would say that anxiety seems to be taking over like wildfire.. coincidence? In my case, no. Unfortunately, usually when someone is diagnosed with anxiety, an addictive brain comes a long with it…That’s was my hardest piece of the anxiety puzzle… trying to figure out how to not obsess over everything. Trying so hard not to compare, not to read, not to overthink.. but unfortunately, 3 kids later, and my anxiety seemed to be in full swing and totally out of control. I felt scared again, I felt weak, again.. 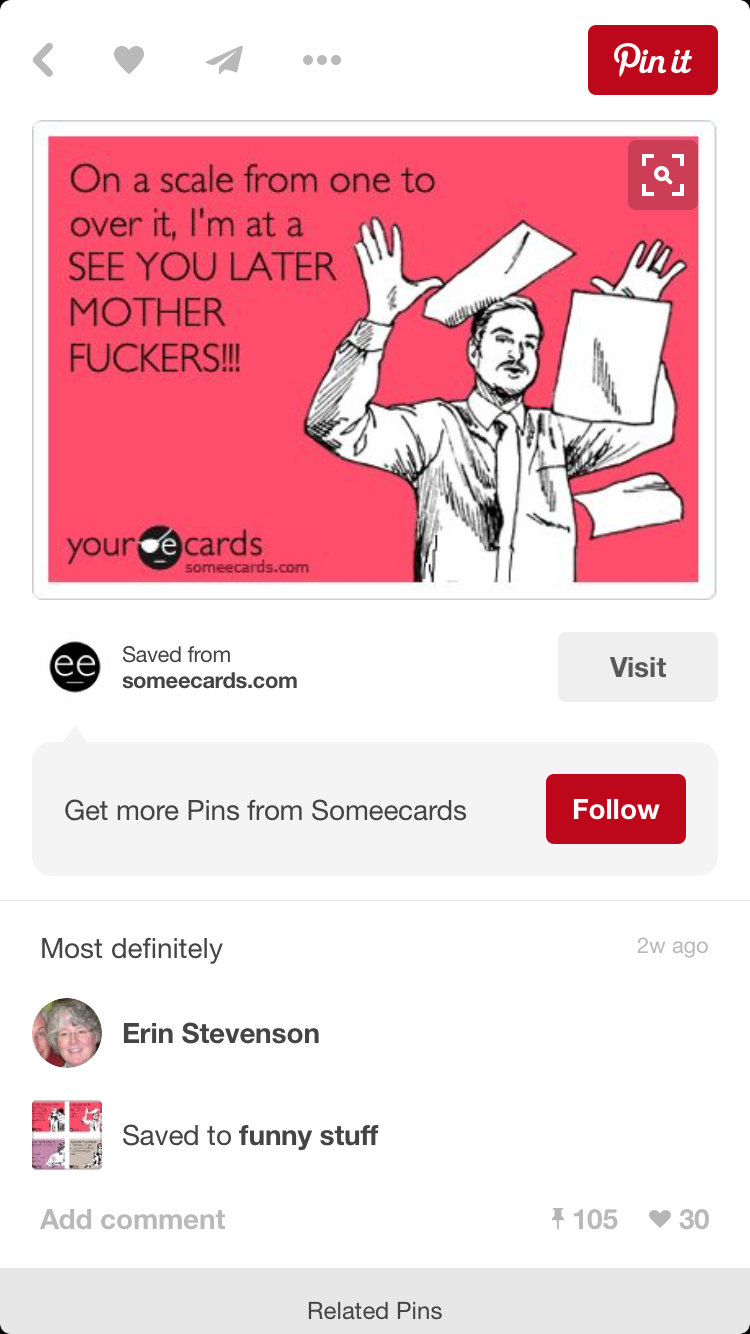 Mind you, throughout the years of having the 3 babes, I have the most happiest memories, I never had to deal with post partum and my anxiety attacks never seemed to stem from anything to do with my children or their behavior… It was all the other stuff, the stuff I couldn’t control, or swaddle and bounce. I was constantly finding myself on Facebook for absolutely no reason other than to unconsciously compare my life to others. I was diving into news stories about shootings and terrorist groups and naval ships to the point I literally wouldn’t sleep because I was so scared of what my mind just consumed and then I paced all around the upstairs of the house making sure my babies were OK.. I would have (more mild than the first ) anxiety attacks almost regularly once a week.. Anytime I even looked at Chad I would cry and then go sit another 5 minutes on Facebook desperately seeking out anything to make me feel not so alone…but of course, all lives, marriages, children and souls are perfect and strong people with the most perfect faces of make-up, breakfast for their kids, and their workouts completed were all I found.. My exact opposites.. my weakness’..my worst nightmares.

I envied these lives on Facebook so much that it literally turned me into a walking, talking zombie who was at the bottom of the rock, trying so hard to turn my mind off that I just became a sobbing mush pile of a half assed mom. I felt terrible. I looked terrible and I was reaching a point of what felt like no return.. Until one day when I looked at my kids, deleted Facebook for a while, canceled cable, and found the strength in myself to go to the Dr. Again, he explained to me that this imbalance in my brain was nothing more than a part of who I am. It didn’t mean I wasn’t perfect, it didn’t mean I was weak, or tired. It simply meant my brain just wasn’t getting the proper amount of chemicals it was supposed to be. It simply meant that I was stronger, and more determined than I would let myself believe I was to be able to face it and control it. I had never thought of it that way. I had never thought of having such a life controlling thing as a blessing, but when I started to, my life became much happier. I began to be able to see those perfect Facebook mothers in myself. I began to realize that the only thing that mattered was that my kids were healthy, happy and safe, and that I felt like I was doing my best to make those things happen. I started to notice all the women who I was seeing myself in as well…I found a couple friends who weren’t morning people like me, and guess what? We were still bad ass parents for never once getting a kids late to school or skipping a breakfast.. I realized that it was OK to let the dishes go for the day and that the house I was so desperately trying to keep clean and turn into a House Beautiful magazine was literally only ever seen by the same 3 hilarious, barely 3 foot tall people and that I was obsessing over hand towels, when I should have been practicing my batman voice. Every day is hard but I am still learning, I am still getting better, and I still slip up sometimes.. I still find myself obsessing over little things but I am finally OK with the fact that it’s OK. It’s OK to be jealous of the perfect lives I read about, it’s OK to be sad about the news stories that break my heart…it’s OK.. I’m not alone. and neither are you. If you are dealing with anxiety on any level, please know your not alone… you are allowed to be a mom, and to be distressed and to be sad and to be vulnerable…it’s OK.. you’re still perfect, and you are still capable, and you are still strong.. don’t look in the mirror and see any other face than your own, don’t look for things to make you feel better other than seeing how far you have come and the obstacles you flicked off while hurdling over them.. because whether you realize it or not, you’re a lot stronger than you feel.. even in you weakest moment… just don’t ever forget that your not alone.